Covers of the Month!! Every month I will pick up to 3 or more (depending on how many I find) book covers that I found fascinating. Normally it will take place on the last Wednesday of every month just to make it easier to keep track of. Enjoy these amazing covers and check back next month to see which ones will be next!
* P.S.
I also added a synopsis from each book from Goodreads, the author, and the release date in case any one wanted to see more than just the covers.

Lenzi hears voices and has visions - gravestones, floods, a boy with steel gray eyes. Her boyfriend, Zak, can't help, and everything keeps getting louder and more intense. Then Lenzi meets Alden, the boy from her dreams, who reveals that she's a reincarnated Speaker - someone who can talk to and help lost souls - and that he has been her Protector for centuries.

Now Lenzi must choose between her life with Zak and the life she is destined to lead with Alden. But time is running out: a malevolent spirit is out to destroy Lenzi, and he will kill her if she doesn't make a decision soon. 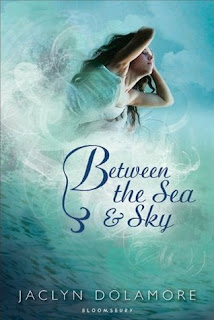 Between the Sea and Sky by Jaclyn Dolamore
Release Date: October 25, 2011

For as long as Esmerine can remember, she has longed to join her older sister, Dosinia, as a siren--the highest calling a mermaid can have. When Dosinia runs away to the mainland, Esmerine is sent to retrieve her. Using magic to transform her tail into legs, she makes her way unsteadily to the capital city. There she comes upon a friend she hasn't seen since childhood--a dashing young man named Alandare, who belongs to a winged race of people. As Esmerine and Alandare band together to search for Dosinia, they rekindle a friendship . . . and ignite the emotions for a love so great, it cannot be bound by sea, land, or air.

When high school junior Natalie - or Dr. Aphrodite, as she calls herself when writing the relationship column for her school paper - is accused of knowing nothing about guys and giving girls bad relationship advice, she decides to investigate what guys really think and want. But the guys in her class won't give her straight or serious answers. The only solution? Disguising herself as a guy and spending a week at Underwood Academy, the private all-boy boarding school in town. There she learns a lot about guys and girls in ways she never expected - especially when she falls for her dreamy roommate, Emilio. How can she show him she likes him without blowing her cover?
Created by, Jaiden at 5:13 PM No comments:

Hey there!! Today is "Tunes Tuesday"! Along with books, music is a great enjoyment of mine so, starting today, every Tuesday will be devoted to music! I will post up to one or more songs that I have come to love. Today is the first of many "TT's" so stay tuned and enjoy!! :)

Found this on a fellow blogger's page the other day and fell in love with this song!! So here is one of Tuesday's Tune!! Hope you enjoy it as much as I did! :) 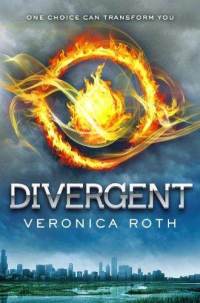 Beatrice "Tris" Prior has reached the fateful age of sixteen, the stage at which teenagers in Veronica Roth's dystopian Chicago must select which of five factions to join for life. Each faction represents a virtue: Candor, Abnegation, Dauntless, Amity, and Erudite. To the surprise of herself and her selfless Abnegation family, she chooses Dauntless, the path of courage. Her choice exposes her to the demanding, violent initiation rites of this group, but it also threatens to expose a personal secret that could place in mortal danger. Veronica Roth's young adult Divergent trilogy launches with a captivating adventure about love and loyalty playing out under most extreme circumstance.
Let me just start by saying Veronica Roth was brilliant in her decision to make this book. Divergent was well written and a definite page turner. I originally got the book to have for a camping trip. I wanted something to read on those dull moments and on the car ride there and back. Once I started it I had a hard time putting it down. My parents had to continuously tell me to "put it down and come socialize." Honestly it started off kind of slow but only because it took the time to explain everything on how the world worked and the descriptions on the different factions which in the end I appreciated. I absolutely loved it. The end was unexpected and brilliant!

Beatrice (Tris) is such a strong willed character and I loved her because of it. Often the main girl character tends to be so weak and emotional it gets rather annoying but not for Tris. She knows what she wants and will try her very best to accomplish what she needs. She was willing to give up her own life for the ones she loves. It was action packed and emotional (it made me cry). Of course there was some romance (what kind of book would a YA book be without romance). Four was in my opinion very attractive. The book ,unlike most, didn't revolve around Tris and Four's romance. Their love wasn't well known but, in its own way, was cute and romantic. All in all I absolutely loved it and can't wait for its second installment which the title has recently been released. The second book in the series will be Insurgent. *Stay tuned for more updates!!

*Me, being a helpless romantic when it comes to books (just so you know) will almost always have a favorite love quote
**WARNING: Content might contain spoilers:
"'I have something to tell you,' he says.
I run my fingers along the tendons in his hands and look back at him.
'I might be in love with you.' He smiles a little. 'I'm waiting until I'm sure to tell you, though.'
'That's sensible of you,' I say, smiling too 'We should find some paper so you can make a list or chart or something.'
I feel his laughter against my side, his nose sliding along my jaw, his lips pressing behind my ear.
'Maybe I'm already sure,' he says, 'and I just don't want to frighten you.'
I laugh a little.  ' Then you should know better.'
'Fine,' he says. 'Then I love you.'"