Before we get to the Waiting on Wednesday fun.....it's the end of the month (January went by fast!!), and it's the last Wednesday of January so you who have been around here before know what this means.......THE COVERS OF THE MONTH!!! Yupp! Every month, the last Wednesday of the month that is, I pick 3 or so books that have been released during the month that I think need to be noted on their great cover achievement! So here you guys have it! :D


Last spring, Nikki Beckett vanished, sucked into an underworld known as the Everneath, where immortals Feed on the emotions of despairing humans. Now she's returned- to her old life, her family, her friends- before being banished back to the underworld... this time forever.

She has six months before the Everneath comes to claim her, six months for good-byes she can't find the words for, six months to find redemption, if it exists.

Nikki longs to spend these months reconnecting with her boyfriend, Jack, the one person she loves more than anything. But there's a problem: Cole, the smoldering immortal who first enticed her to the Everneath, has followed Nikki to the mortal world. And he'll do whatever it takes to bring her back- this time as his queen.

As Nikki's time grows short and her relationships begin slipping from her grasp, she's forced to make the hardest decision of her life: find a way to cheat fate and remain on the Surface with Jack or return to the Everneath and become Cole's... {Goodreads}


New soul
Ana is new. For thousands of years in Range, a million souls have been reincarnated over and over, keeping their memories and experiences from previous lifetimes. When Ana was born, another soul vanished, and no one knows why.
No soul
Even Ana's own mother thinks she's a nosoul, an omen of worse things to come, and has kept her away from society. To escape her seclusion and learn whether she'll be reincarnated, Ana travels to the city of Heart, but its citizens are afraid of what her presence means. When dragons and sylph attack the city, is Ana to blame?
Heart
Sam believes Ana's new soul is good and worthwhile. When he stands up for her, their relationship blooms. But can he love someone who may live only once, and will Ana's enemies--human and creature alike--let them be together? Ana needs to uncover the mistake that gave her someone else's life, but will her quest threaten the peace of Heart and destroy the promise of reincarnation for all?
Jodi Meadows expertly weaves soul-deep romance, fantasy, and danger into an extraordinary tale of new life. {Goodreads}


~*** Goodness you guys! Look at it!!!! The butterfly! The colors! The title font! Dudes! This book cover has it ALL! And yes! You read that release date right! It just came out today/yesterday!! I have to have this one! SOON! Today or tomorrow! But no later! ***~

From asthma, which has nearly claimed her life. From her parents, who will do anything to keep that from happening. From delectably dangerous Asher, who is smothering her from the inside out.

Joy can take his words - tender words, cruel words - until the night they go too far.

Now, Joy will leave everything behind to find the one who has offered his help, a homeless boy called Creed. She will become someone else. She will learn to survive. She will breathe... if only she can get to Creed before it’s too late.

Set against the gritty backdrop of Seattle’s streets and a cast of characters with secrets of their own, Holly Cupala’s powerful new novel explores the subtleties of abuse, the meaning of love, and how far a girl will go to discover her own strength. {Goodreads} 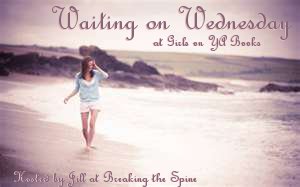 We know you are here, our brothers and sisters . . .
Pressia barely remembers the Detonations or much about life during the Before. In her sleeping cabinet behind the rubble of an old barbershop where she lives with her grandfather, she thinks about what is lost-how the world went from amusement parks, movie theaters, birthday parties, fathers and mothers . . . to ash and dust, scars, permanent burns, and fused, damaged bodies. And now, at an age when everyone is required to turn themselves over to the militia to either be trained as a soldier or, if they are too damaged and weak, to be used as live targets, Pressia can no longer pretend to be small. Pressia is on the run.

Burn a Pure and Breathe the Ash . . .
There are those who escaped the apocalypse unmarked. Pures. They are tucked safely inside the Dome that protects their healthy, superior bodies. Yet Partridge, whose father is one of the most influential men in the Dome, feels isolated and lonely. Different. He thinks about loss-maybe just because his family is broken; his father is emotionally distant; his brother killed himself; and his mother never made it inside their shelter. Or maybe it's his claustrophobia: his feeling that this Dome has become a swaddling of intensely rigid order. So when a slipped phrase suggests his mother might still be alive, Partridge risks his life to leave the Dome to find her.

When Pressia meets Partridge, their worlds shatter all over again. {Goodreads}

Sounds great right? EEP! I can't wait for this one!!! Man, does it sound amazing!!! And the love story I can see building up between Pressia and Partridge (what names right? I LOVE them!)....seems to be pretty flippin great!

What are YOU waiting on this week? Leave your link in my comments and I'll be sure to try and check them all out! Have a great Wednesday everyone! :D
~Jaiden
Created by, Jaiden at 5:58 PM