Here we are!
.
Day 2 of Moonlit Reads' "13 Days of Halloween"
But why keep it to myself?
.
.
Today is the start of the "Trick or Treat Blog Tour".
Through this tour, you will follow blog to blog experiencing:
giveaways, interviews, hostings, and more!
.
.
.
Each tour day will not be revealed until after it has been posted leaving you to reveal
a trick!
or a treat!
.
.
So follow along!
.
The Tour Schedule: 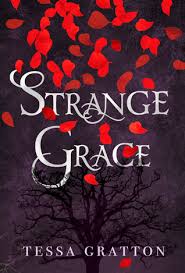 
Once, a witch made a pact with a devil. The legend says they loved each other, but can the story be trusted at all? Find out in this lush, atmospheric fantasy novel that entwines love, lies, and sacrifice.

Long ago, a village made a bargain with the devil: to ensure their prosperity, when the Slaughter Moon rises, the village must sacrifice a young man into the depths of the Devil’s Forest.

Only this year, the Slaughter Moon has risen early.

Bound by duty, secrets, and the love they share for one another, Mairwen, a spirited witch; Rhun, the expected saint; and Arthur, a restless outcast, will each have a role to play as the devil demands a body to fill the bargain. But the devil these friends find is not the one they expect, and the lies they uncover will turn their town—and their hearts—inside out. {Goodreads}

"The moon spreads over the sky, stars tilting like a slow-spinning skirt. It arcs from east to west, counting the hours. The people feed their bonfire.
Wind churns the black leaves of the forest. It hisses and whispers in the way of all forests, until a shriek breaks itself free, harsh and gasping. This is hours past midnight, the worst time, and the scream peels up the spine of every adult and freezes the blood of the children. They move nearer their fire, their prayers lifting stronger, edged with desperation.
Another scream, inhuman, and another.
Followed by cold laughter trembling up from the roots of the forest, frosting the dry winter grass, curling their toes.

Atop the hill, Mairwen holds her rowan doll so tightly a tiny arm snaps. Her mother sings a quiet song, a lullaby, and Mairwen wonders if her mother is thinking of that last vigil seven years ago, when Carey Morgan ran into the forest not knowing he was soon to be a father, and never came out again.
*

At the bonfire, Arthur’s chest rises and falls hard, as if he were the runner. He steps away from the heat, away from his friends and cousins, and nearer to the dark, panting forest.

*
Rhun winces away from the first slice of sunlight. He realizes though, what it means, and drops open his mouth. Others have noticed, too: his father and mother, and Aderyn Grace the witch, the sisters Pugh and the lord Vaughn. The name passes from mouth to mouth: Baeddan Sayer. Baeddan Sayer.
The people of Three Graces wait, though it is surely too late now. The Grace witch murmurs, So the Slaughter Moon has set, and seven more years are ours. They no longer feed the bonfire; it will burn itself out, and the ashes will go in winter gardens and soap.
As the sun lifts entirely over the mountains, transforming the sky in a bloody wash, Mairwen Grace walks slowly to the edge of the forest. Her mother reaches out, but knows better than to say her daughter’s name where the devil might hear.
Mairwen stops alone just where the light of dawn teases the first trees.
She stares into the dim and whispers the saint’s name.
Nothing happens, and Mairwen throws the rowan doll as far as she can into the devil’s forest.

Later, when the sun fills the valley, a shadow stirs. It is a slinking thing, powerful and hungry. It lifts fingers of bone and root from the forest floor, cradling the tiny doll."

Tessa Gratton is the author of the Blood Journals Series and Gods of New Asgard Series, co-author of YA writing books The Curiosities and The Anatomy of Curiosity, as well as dozens of short stories available in anthologies and onmerryfates.com. Though she’s lived all over the world, she’s finally returned to the prairie roots in Kansas with her wife. Her current projects include “Tremontaine” at Serial Box Publishing, 2018 YA fantasy Strange Grace from McElderry, and her adult fantasy debut, The Queens of Innis Lear, coming in 2018 from Tor. She is the associate director of Madcap Retreats. Visit her at tessagratton.com

What did you think?
Have you had the chance to read this lovely yet?
Let me know what you think below!

Thanks for stopping by!
Don't forget to follow the tour
and check back for more Halloween fun!
<3
Created by, Jaiden at 6:00 AM